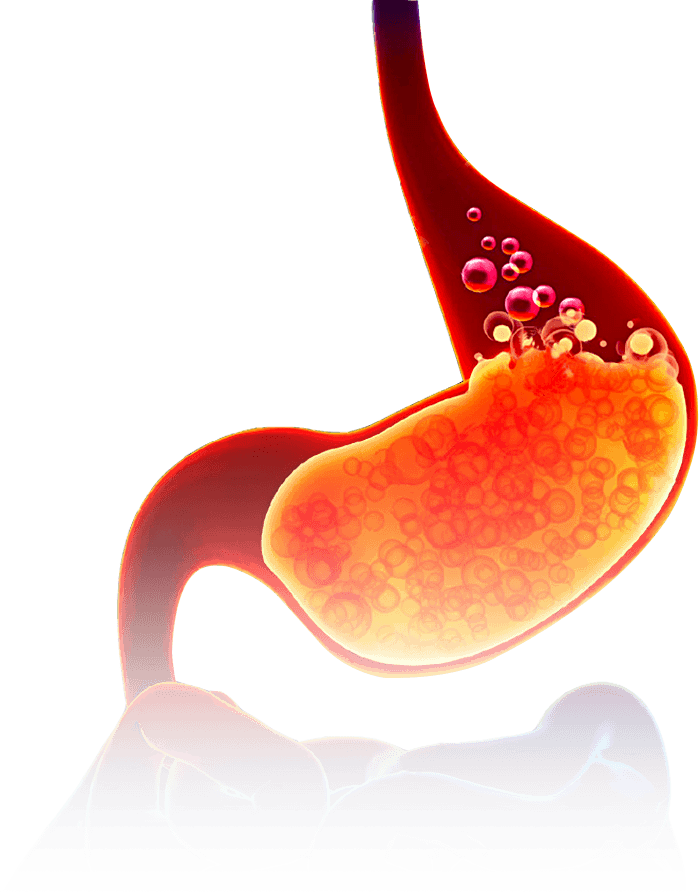 PLUS: What to do now to soothe heartburn symptoms and fix the underlying problem

For anyone who has suffered from heartburn or acid reflux, here's important news:

New research shows that the problems may be caused by two hidden triggers that the "solutions" most doctors recommend fail to address.

You see, most heartburn remedies only treat your symptoms. They do nothing to address the underlying cause of acid reflux.

It's kind of like getting a shot of Novocaine for a tooth cavity. It can blunt the pain for a while, but if the cavity isn't treated, the pain comes right back as soon as the Novocain wears off.

It's the same with acid reflux. If you don't fix what's causing the problems, your symptoms will keep coming back.

And while you would never consider getting a daily shot of Novocaine to ease your dental discomfort, Americans will fill over 170 million prescriptions for acid blockers this year[1]—taking them day after day.

But what you may not know is that the most popular of these acid-blocking medications, proton pump inhibitors (PPIs), carry an FDA warning that they should not be used for more than 14 consecutive days or more than 42 total days over the course of a year.[2]

Yet doctors and patients frequently ignore this warning, risking severe consequences to ease the discomfort. 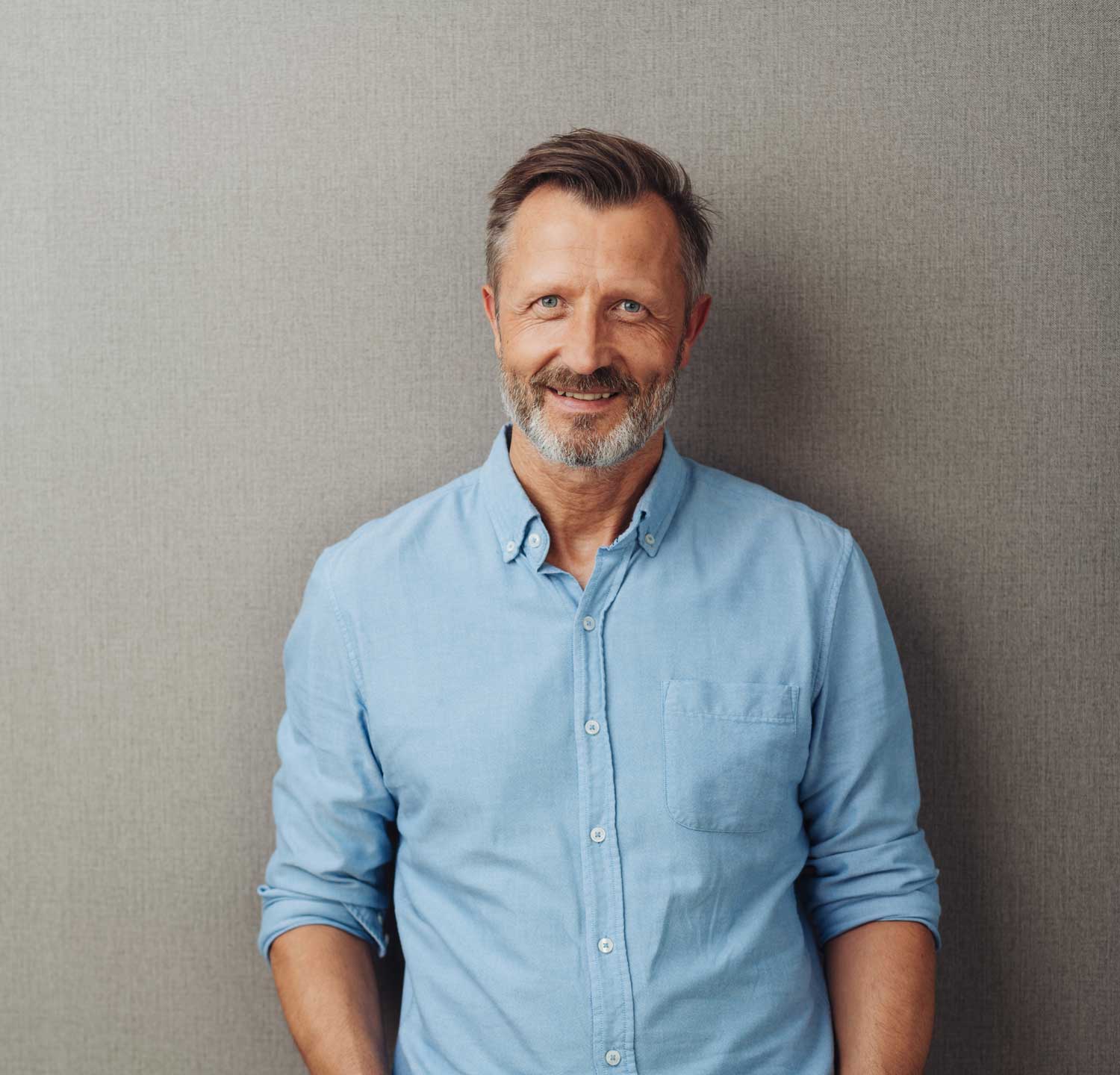 I'm Richard Daniels. Roughly 20 years ago, I began my quest to resolve my own issues with Reflux & Heartburn. My passion for natural fixes to heal the gut has led me to educate people on alternative solutions that are both safe and effective.

Please keep reading because today I'm going to show you how to quickly and safely relieve your heartburn and reflux issues by combatting the true causes that, unfortunately, too many doctors overlook.

The Big Problems of Acid-Blocking PPIs

The primary purpose of most heartburn remedies is to block stomach acid in the digestive tract, often by inhibiting proton pump cells from producing this acid. And they usually do this quite effectively.

But stomach acid is essential for the proper absorption of vital nutrients to maintain overall health. Low levels of stomach acid and the use of PPIs have been linked to:

Hidden Heartburn Trigger #1: Your Acid Level Might Not Be Too High, It Could Be Too LOW!

For years we've been told that high levels of stomach acid are what causes heartburn. It makes sense, since acid refluxing from the upper stomach into the esophagus is what causes our symptoms, right?

Well, there's just one problem with this commonly held theory: It's not true!

And, as I just mentioned, blocking stomach acid can trigger all sorts of damaging health issues. 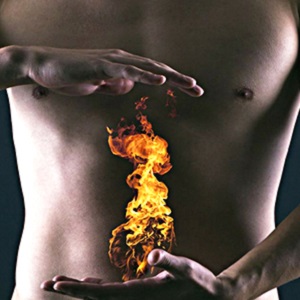 As a health conscious person, you are probably familiar with inflammation. At its best, inflammation is simply your body's healthy and natural response to injury or infection. But the problem with inflammation arises when it stays elevated for prolonged periods of time. When that happens, it can wreak havoc on your health—especially in your digestive system.

Throughout your stomach and esophagus—and indeed your entire digestive tract—lives a protective layer of mucus. This mucus acts like a shield between your stomach lining and stomach acid. But in many people with acid reflux, this protective mucus has been drastically compromised.

As this protective mucus lining becomes eroded through prolonged inflammation, gas, tiny food particles and acid are pushed farther up in the stomach into the diaphragm and ultimately reflux up into the esophagus. Once there, you get burning acid in your throat, heartburn, indigestion and misery.

The fact is, PPIs simply don't address the low stomach acid levels and inflammation that are so often at the root of acid reflux. But here's the good news you've been waiting for...

You don't have to rely on the frequently recommended "solutions" to get relief from the discomfort that makes you miserable and keeps you up at night.

Research has shown that three natural ingredients have remarkable effectiveness in relieving heartburn and acid reflux, while helping soothe inflammation in the mucosal lining of the stomach and gastrointestinal tract. The results are fast, the benefits long lasting, and most important, you'll experience no side effects whatsoever!

My Personal Solution for Heartburn and Acid Indigestion

I encourage you to try one or more of the natural solutions I've described above. Many of my readers have reported best results when taking all three of these natural remedies. But in my research, I couldn't find them together anywhere.

That's when I set out to make an effective all-in-one solution that is convenient and affordable so everyone could get the relief they deserve.

In addition to my work with patients, I run Terra Health Essentials, a company that has been proudly making premium-grade supplements for years.

Working with my Scientific Advisory Board, I developed our Terra Health Heartburn Relief Kit to provide a safe, effective, fast-acting, affordable and 100% natural solution for relieving heartburn and acid reflux.

Our Heartburn Relief Kit is a breakthrough formula that is the first to combine an extra-strength dose of DGL with Aloe Vera, and Slippery Elm, plus two additional herbal digestive soothers, Lemon Balm and German Chamomile, to provide powerful relief.

I invite you to shop around and do your own research, but I'm convinced you'll find no better acid relief product out there at such an affordable price. Here's what makes Terra Health Heartburn Relief Kit superior: 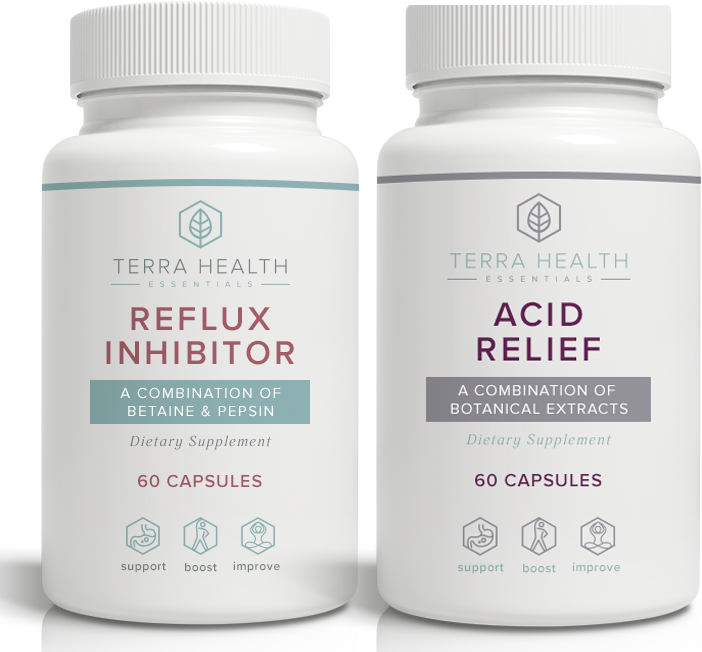 I get letters every day about the amazing benefits of our Heartburn Relief Kit. Here are just a few of my favorites:

I've been using the Heartburn Relief for a week. After just 2 days, I was able to sleep through the night. For years...

I have been using this product for a month now for acid reflux I feel better then when I took any other products (I...

I highly recommend these products. I have been using the acid relief kit for a month now, getting more relief then when...

I've been struggling with heartburn and acid reflux for about 10 years now (mostly at night when I go to bed). Up until...

I've been using the Heartburn Relief for a week. After just 2 days, I was able to sleep through the night. For years...

I have been using this product for a month now for acid reflux I feel better then when I took any other products (I...

I highly recommend these products. I have been using the acid relief kit for a month now, getting more relief then when...

I've been struggling with heartburn and acid reflux for about 10 years now (mostly at night when I go to bed). Up until...

Hundreds of studies have documented the unbelievable health benefits of DGL, Aloe Vera, and Slippery Elm. Now see what they can do for you with Terra Health's Heartburn Relief Kit You'll feel the benefits faster than you ever thought possible because it provides:

Remember, if you're not satisfied for any reason, you can return it any time within 60 days of purchase for a full refund. It's as simple as that!

*all prices in USD

Our products are made in Colorado, USA.

We recommend that you initially try to stop PPI use all at once. If you experience significant discomfort as a result, you can instead gradually reduce your PPIs. That said, without the disruption of PPIs, the Reflux Inhibitor will work faster to heal your gut and restore your stomach's acidity to its natural level.

Our product combo has had great success with our clients who suffer from a hiatal hernia.

While our products are all natural, we do not recommend adding acid if you are currently suffering from an ulcer. Our Acid Relief product a la cart would be very appropriate for someone with an ulcer because it coats the stomach lining with a protective layer.